For the weeks leading up to that golden day, I fought my own battle with munchautism by proxy whereby I fabricated autism challenges that did not exist so that I could have something to do with myself. For 9 years I’ve smother-mothered Brady (and Max for 6).

Boston news: Under an armed policeman’s gaze, the gorilla prowled along Seaver Street last night. It took at least four tranquilizer darts to subdue the ape.

Ever since Brady started school, I’ve been right by his side shoved somewhere in the building like an escaped zoo animal roaming the suburbs that they can’t find a powerful enough barbiturate to knock out. Clearly they must need me?

Things that I considered doing

Things that I actually did leading up to August 4th.

10. Bought an iPhone for Brady on the sly “in case he had a meltdown”. It sits in his bag untouched except on rare occasions when he pulls it out to text me or his grandparents something vital like AAAAAA akjdfld;ajdka;l or takes a picture of his open mouth 9,000 times. That’s a good use of our money. He’s mature enough for a phone.

9. Drafted dozens of letters to Brady’s poor teacher who was http://www.busyenough.com setting up her classroom in a brand new building in sweltering heat. Sent a two or three or five or seven to her. Hi. Yes. I’m sorry.

8. Texted Brady’s teacher about modified days, skipping music class, skipping sibling care, getting picked up early and personally by me. Thought about sitting in the parking lot eating Dairy Queen and playing on my phone. Opted to ask my friend to drop her son off during the day to keep me out of school. That worked fine except on days he did not come, then I drove around listening to Kenny Rogers on repeat and ate Dairy Queen.

7. Blathered about homeschooling in a boring way to any adult that gave me a second chance. Told the boys I would probably keep them home from school half the week. Told them it would probably be “too much” and “better to be with me” Mr. Dreamy gave me the stink eye.

6. Overshared with Walgreen’s cashiers (I don’t drink or go to bars, so this is a my go-to social inappropriate outlet, the cosmetics counter at Walgreens or Fry’s checkout) 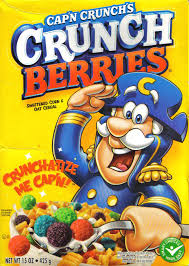 4. bought about fifty new books and piled them all over the house, ostensibly for the boys who could not/would not read

3. because I let them play minecraft or surf the internet non stop while I ate captain crunch and stared at Facebook or piled books

2. Wore my pjs all day and put my hair in a pony tail.

1. And on the day before school, I went for a horseback ride and signed up for art lessons.

And I started the real work of finding out who I was and where I went after all this time.

Because it’s not about me. He’s already made it. I feel pretty amazing, now that I made room to let that idea sink in.